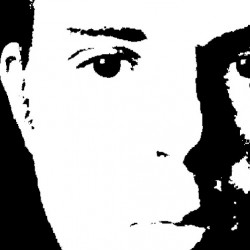 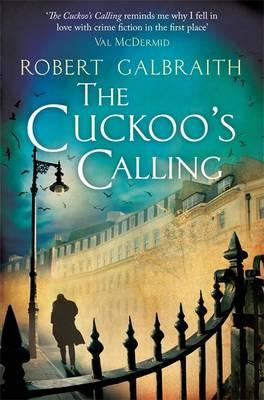 ave been camping in the wilds of New Zealand you’ll have no doubt heard that The Cuckoo’s Calling, a solid and entertaining debut novel from Robert Galbraith, is in fact a new crime novel by novelist JK Rowling. It is interesting to note that prior to a leak outing Rowling as an author, that the reviews were largely positive, and sales modest. Cue the leak and a quick review of Amazon one star reviews and the book snobbishness and the Rowling hate is palpable.

A supermodel commits suicide, but her brother doubts the police findings.

Private Detective Cormoran Strike, homeless and having just dumped his manipulative girlfriend, is watching his business fall apart until John Bristow brother of Supermodel Lula Landry, comes asking for his help. It looks like an open and shut case but then the client is paying double.
But what about the book?

This is in fact the first Rowling I have read and on this experience alone I would read more in the Cormoran Strike series. If you are looking for a thriller paced mystery then The Cuckoo’s Calling isn’t for you. It’s a very British murder mystery, by which I mean it has that cynical slightly gloomy edge to it and it’s a methodical detective story. Its not without tension and suspense but if you are looking for high octane thrillers Childs or Eisler are your best bet.

Like all good mysteries it strikes just the right balance between giving the reader enough clues to go on and letting slip the reveal too early.

On typing this review I am struck by the similarities, or the similar backgrounds of Strike and Lee Childs’ Jack Reacher . On the one hand you have the all round, square jawed American hero and on the other you have Cormoran Strike. Strike is likable and believable as an ex-SIB investigator and I applaud Rowling’s decision to make him an amputee, slightly overweight and still saddled with the school yard moniker “pubehead”. Out of the two I find Strike more believable.

Robin, the temp secretary with an eye for detail and a secret desire, I think to be a detective, developed nicely into a competent sidekick. I can see and indeed I hope this turns into a more Watson and Holmes sort of relationship where she gets her hands dirty and develops her natural talents.

I must admit that I enjoyed the subtle digs that Rowling had at the press and the glitterati. These I possibly would have overlooked had I not known it was her writing the book.

I you like the slightly darker tone of British mystery writing and the logical unravelling of a conundrum then this is the type of book for you.
This book was provided at no cost by the publisher

This post first appeared on Adventures of a Bookonaut

The Bride Price by Cat Sparks 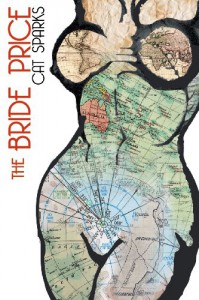 Cat Sparks is probably more widely known for her role as an editor and small press advocate (indeed she was included in Donna Maree Hanson’s Australian Speculative Fiction: A Genre Overview as such). A talented graphic artist and photographer she’s been a stalwart, a firm fixture in the Australian Speculative Fiction scene long before I rocked up.

The Bride Price collects works that have appeared intermittently over the course of the last decade or so, it’s the short fiction that she’s fitted in around being generally brilliant and multitalented with everything else.  And like everything she does in Australian speculative fiction its got that polished feel to it.

You can perhaps tell I am a little bit of a fan.

No collection can be everything to everyone, there’s usually some stories that hit the mark and some that don’t but heavens, I’d have trouble finding a story in this collection that I thought was even slightly off the boil.

The award winning A Lady of Adestan opens the collection.  A beautifully written fantasy tale that ducks and weaves under your defences and delivers a sharp stinging uppercut. It was released in 2007 but I won’t spoil it.  It’s a brilliant opener that snaps the reader into focus and gets them prepared for some quality work.  If you think women can’t write gritty fantasy well read this story and then we’ll chat.

This is followed by the first of the Sammaryndan stories, Beyond the Farthest Stone, which is chronologically the last written, being an original composition for this collection.  In Beyond the Farthest Stone, Sparks manages to conjure up a superb post apocalyptic setting reminiscent of those bleak 80’s films like Mad Max 3 and Salute to the Jugger.  Only with Sparks, you get the sense of a deeper, more realized and diverse world. You’ll also note that women are mostly the heroes of these stories - which is to say that you get a different perspective, a subtle shifting of focus away from standard tropes.

The Bride Price takes us off earth and possibly several galaxies away to a single man in possession of a good fortune, and in need of a wife.  And in this future brides are made to order, contracted to the buyer before they mature to leave time for training. It’s a subtle commentary on the rich and women/people as a commodity. The moral is ( through I hesitate to use the term, as Sparks never preaches) is the suggestion that what is truly worth having, is worth working for.

In The Street of the Dead, Sparks captures Australian rural voice and mannerism (hard to do well without sounding like you are “puttin’ it on a bit strong”) particularly well as Australia suffers an odd alien invasion.  Indeed when she sets her stories in near future Australia I think she has a perfect ear for cadence and register.

The second in the Sammaryndan Stories, Sammarynda Deep takes place in Sammarynda.  Here we explore the other culture hinted at in Beyond the Farthest Stone.  We find out about the tradition of scarring oneself as an act of attaining honour:

“When one attains true adulthood in Sammarynda,one must render upon oneself an honour. It may be a small thing
or a great thing. The choice is entirely one’s own.”

“That scar is my honour. When my time came I asked two friends to hold me down and a third to wield the scythe.”

The light of the moons cast a pearly luminescence on his skin. Mariyam frowned. “You chose to be scarred? Surely you can’t be
serious?” And then the truth of his words hit home. Jahira’s eye.Mariyam gasped, bringing her fingers to her lips.

It’s a delightful detail that is more than just window dressing for Sparks’ apocalypse and it’s central to this particular story. Some scars aren’t visible, some sacrifice is emotional. Sammarynda Deep is my second favourite, after A Lady of Adestan – a subtle twist waiting to slap the reader again.

Seventeen is a story about growing up and outliving ones usefulness as a rent-a-grandchild.  Again Sparks manages to make subtle comment on the rich without being preachy. I love the fusion of the ideas - the rich buying the relationships they can’t develop themselves and the edgy reality of street kids surviving by any means necessary, until they are used up and cast off.

Now, perhaps to break up the somewhat dark path the reader’s being treading, Sparks gives us a bit of a respite with All the Love in the World, a story that goes against the grain of most post apocalyptic stories in that the world hasn’t descended into savagery.

The drama in this story is much more that of interpersonal relationships and how far we will go for love. The Ramsey Street of the Apocalypse( hmmm though perhaps Ramsey street would descend into cannibalism)- which is not to imply that the story is cheap melodrama but more so that it focuses on a street cut off from the rest of reality.

Now after Sparks has finished her novel in the same world as the Sammarynda stories are set, I want a novel set around the piratical Dead Low.  Perhaps I am an old Browncoat at heart and just like the idea of pirates salvage operations in space.  The un-heroic side of space opera where it’s the little things that count, not necessarily fighting against the empire or facing off the Kodan Armada in a lone gunship.

In Arctica, Sparks displays her versatility with a tale of trans-dimensional refugees arriving in a 19th Century-ish Earth .  It feels steampunk but the focus on and treatment of refugees has me casting a sideways glance at our current political situation in Australia.

I thought we had another Sammarynda story with The Alabaster Child, it certainly has that feel to it.  It is a wonderful story that leads the reader one way and then delivers a reveal at the end that changes the tone of the story entirely.  It has elements of a Western/ gold rush frontier story but becomes a story of discovery.

Holywood Roadkill has a kind of post-cyberpunk feel to it.  The corporations have won and the gap between haves and have nots is marked physically by the superhighway that cuts off the slums from Hollywood City.  Playing a game of real life Frogger our protagonists take an all or nothing chance to get into the city by crossing the highway.  This isn’t the polished chrome of the 80’s its the story of those that fall through the cracks and the realities that keep them there.

Scarp like The Street of the Dead, is a quintessential Australian, small town setting.  Society hasn’t descended into cannibalism but the local council has mutated into a patriarchal group of unelected gluttonous drunkards insistent on preserving the status quo(actually that may not be far from the reality).  The tension between the young and the old could be plucked from any rural Australian town,  the desire to escape from boredom and restriction. Likewise the landscape is decidedly Australian an isolation enforced by nature as much as the gun.

The Sleeping and the Dead I had previously read in Gilgamesh Press’ Ishtar and was my favourite in that collection, though it was a close call with works from Warren and Biancotti included with it.  It is gruesome and decidedly post apocalyptic gothic, featuring Necromaidens with a fetish for bones.

A good chunk of this collection is post apocalyptic but Sparks manages to deliver such a variety of post apocalyptic settings that I think The Bride Price is a good place to start for anyone wishing to take on that particularly well done sub genre – an exemplar on how to make those stories original and interesting.  The other stories clearly display a versatility in the wider science fiction genre.

In short I think Sparks can deliver meaty science fiction with a subtle side dish of social comment whichever setting she chooses. If this is your first experience of Sparks you won’t want it to be your last - I experienced a sense of sorrow when I reached the end of The Bride Price, so immersed was I the stories she had created.

You can buy The Bride Price here.

This review was based on an advanced reading copy.

This post first appeared on Adventures of a Bookonaut.